“The population in northern Mozambique has been dependent on humanitarian aid for months due to natural disasters, the COVID-19 pandemic and ongoing conflicts. In particular, the conflict between Islamists and state security forces, which has been escalating for months, has resulted in hundreds of thousands of displaced persons who are staying in camps under the most challenging conditions. They do not receive enough help.

Country Director of Johanniter Internatinal Assistance, David Prieto, has been in the Cabo Delgado region over the past few days to discuss needs with the affected people, the authorities, community leaders and representatives of the United Nations. He reports on a dramatic situation.”

“During the visit, I spoke with different families, and they all said: Their villages were attacked and they had to flee. Now they are left without supplies, shelter and food. Some families are collecting wild fruits, tubers and plants to eat.”

The United Nations, the government of Mozambique and local as well as international aid agencies are working hard to organize basic services for the people. However, due to a lack of financial resources, the corona pandemic and limited access in large parts of the region, it is almost impossible to guarantee a comprehensive supply.

“The displaced persons do not have tents, using mosquito nets as their only coverage. There are no safe water sources, and the latrines are not sufficient for all. The rainy season is coming, outbreaks of cholera and increase cases of malaria are expected.”

Johanniter is now analyzing how they can support the people in Cabo Delgado area with the most basic needs. 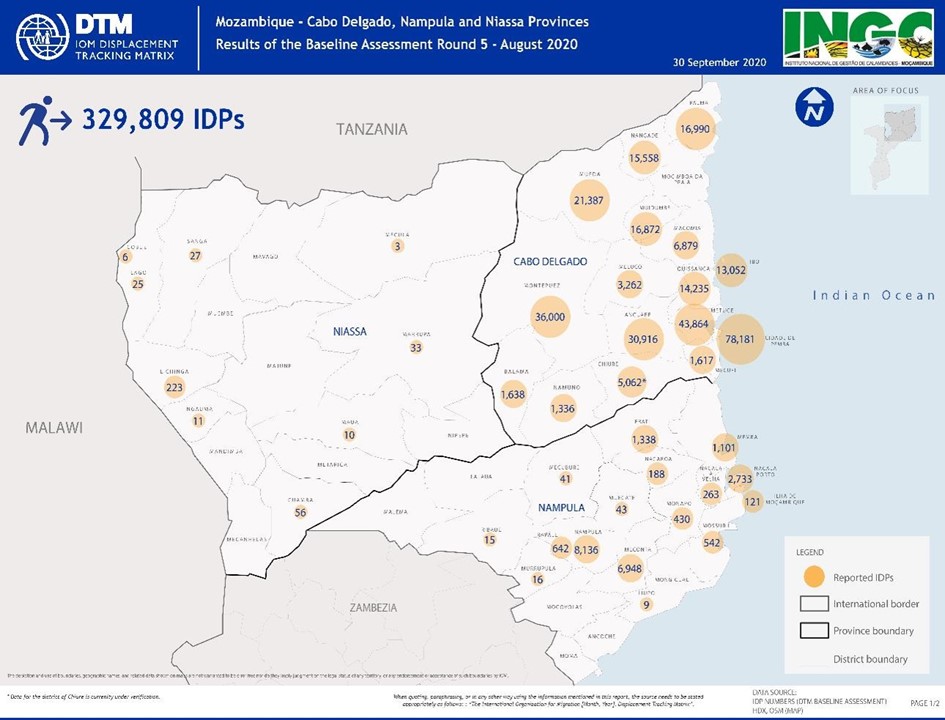 Cabo Delgado is one of the poorest regions in Mozambique and was severely affected by Hurricane Kenneth in 2019. With the spreading coronavirus and a conflict between Islamists and state security forces that has been smoldering since 2017, the province is affected by three crises simultaneously. The conflict in particular has intensified in recent months and has so far claimed over 2000 lives. Over 329,000 people have already sought shelter in various camps in Cabo Delgado, Niassa and Nampula provinces. But the numbers are changing and increasing all the time.